Which Drone to Buy-Mavic Pro vs Mavic Air ? 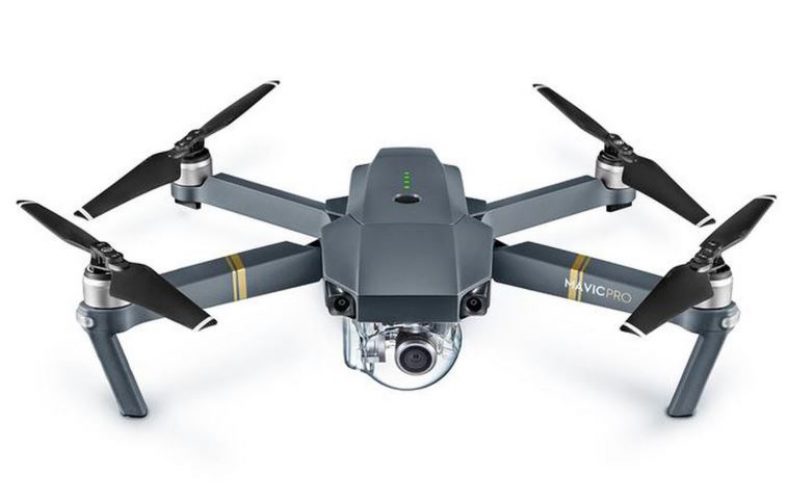 Which drone is the best? If you are thinking of buying the Mavic Pro or the Mavic Air, this post is for you! The Mavic Pro has powerful features, camera, compact size but the Mavic Air is looking to challenge the quad. This review is designed to answer the question-which drone to buy-Mavic Air or Mavic Pro? For us that question doesn’t really matter because ultimately it is all about what you want to do with these compact quadcopter drones. We’ve selected 13 objective criteria that we are using to determine each one and we will declare a winner.

This one is a total win for Mavic Air. Mavic air is just over half the weight of the Mavic Pro and it is actually about half the size. It’s much smaller when it’s folded down and is much more compact to put into a bag and it is going to be easier to travel. So in terms of size and weight we got to give it to the Mavic Air.

Camera and gimbal are similar on these two drones. They both have a 4K camera. But there are a couple of things that really favor Mavic Air- one the amount of data that the camera collects is 100 megabits per second vs. 60 MB/sec for Mavic Pro. What that means is basically it’s collecting more data. So you’re going to get sharper, crisper and more detailed pictures on the Mavic Air. Mavic Air has a top frame rate at 1080p of 120 frames per second vs 96 frames per second on the Mavic Pro.

Essentially, that translates into the fact that instead of 3x slo-mo you can do 4x slomo, which captures even more detail. You can always speed slo-mo up but you can’t really slow it down without deteriorating the quality of the image. In addition to those things, camera and gimbal on the Mavic Air are way more protected than they are on the Mavic Pro. The Mavic Pro camera and gimbal are kind of just out there and needs those bubbles to keep them protected when they’re in a case.

Finally, the Mavic Air is fixed focus meaning that everything is pretty much always in focus as long as it’s far enough away whereas the Mavic Pro is tapped to focus. It means that you can get some cooler foreground when it is in focus in the background blurry or vice versa. But that also means that if you don’t actively do that you can have shots out of focus on this. So a little more thought you have to put in the flying of the Mavic Pro in terms of focussing the camera. So Mavic Air wins the camera and gimbal battle.

Mavic Air Full Review - Should I BUY or WAIT?

This is my totally unbiased review of the Mavic Air after using it for 3 months. You get my honest opinion about what works for me and what don't. This Mavic Air ...

Check out the Mavic Pro here: https://store.flitetest.com/dji-mavic-pro-quadcopter-drone-dji-mavicpro/p542802 Austin and Alex review a production model of the ...

In December of 2017, it was signed into law that recreational flyers in the US must register with the FAA if their drone is over .55lbs.

In this case, it is a close round because they’re actually both compatible with DJI goggles. But the Mavic Air requires a cable whereas Mavic Pro can connect via occusync and that to us is a whole lot better experience since you can do both on the goggles. We got to give this round to the Mavic Pro because of its ability to connect to the goggles via occusync.

Flying this thing with the goggles is pretty amazing. It’s not the same with wi-fi. That too is amazing along with the video signal and the clarity and the range. You can get without occusync, it’s just going to blow anything else away so if you really want to try something cool to try. flying your Mavic Pro DJI goggles sometimes.

So this is an easy one. Mavic Air wins internal storage. It has around 8GB of internal memory so you don’t need a microSD card. So if your micro SD card is full or if you forget to put it in you can still record video to the internal memory on the mavic air. Mavic Pro does not have that feature. So easy win.

Mavic Pro wins by just a little bit in terms of being quieter than the Mavic Air. The difference wasn’t very much but it was enough to notice on the decibel reader and enough to notice on your ears. The other big thing is that you can put the new propellers that came with the Platinum that you can order by themselves on your Mavic Pro. It is way quieter than Mavic Air.

Hopefully at some point DJI will be coming out with the propellers that are quieter for the Mavic Air as well but at this point right now if flying stealthily and quietly then Mavic Pro is the way to go. And Mavic pro platinum is even better because the esc and the propellers make a huge difference in the sound.

The Mavic Pro wins this feature battle because the remote control has features that Mavic Air doesn’t. The LCD screen on the Mavic Pro screen gives you a lot of data about the quad and the fact that you’re flying without a phone makes a huge difference you can get battery distance height coordinates all that kind of thing off of this LCD screen.

Also, you can rotate the wheel up here on the Mavic Pro and it will actually lighten and darken your image which can’t be done on the Mavic Air. This belongs to Mavic Pro for the remote control functionality and being able to fly without a phone.

This is a close one. Mavic air has cool flight modes. Specifically Boomerang and asteroid are two flight modes which are really really cool. Plus with the big sensor in the front and hand control you can do many things with this and it is definitely a more interesting flight experience when it comes to automating flight pass and stuff like that So intelligent flight modes goes to the Mavic Air.

In the case of obstacle avoidance, both of these quads have sensors in the front that allow them to avoid obstacles which is a fantastic feature. Both have sensors on the bottom that help them land and identify things coming down. The Mavic Pro does not have rear sensors whereas the Mavic Air does. Mavic Air already has an advantage there and then when you add Advanced Pilot Assistance Systems(APAS) to it, which gives it the ability to actually fly around things automatically in APAS mode and hover over things in general. Mavic Air is the clear winner in terms of obstacle avoidance.

Mavic Air wins here. Gesture control feature comes from the sensor in the front that allows you to put your hand up and see your hand. It recognizes your face, takes the quad off from the ground using your hand, lands the quad using your hand, controls it with your hand, sends it away, takes selfies, rolls video and does all that sort of thing without having to hold a remote control in your hand. That in itself is pretty awesome on Mavic Air. Mavic Pro does not really do that and so we give that one to the Mavic Air.

Mavic Air are wins in that department as well. It is priced at $699 for the basic model and it’s priced at $884 for the Mavic Pro. As of now, Mavic Air wins in terms of price. In this well-fought battle between two really good drones- if range, flight time, compatibility with the goggles are important to you then the Mavic Pro may very well be the best choice for you and by the way if you do decide to buy the Mavic Pro, we highly suggest the Platinum or at least find the upgraded propellers for the Mavic Pro so that you can get the advantage of more flight time.

For a bit quieter flight experience, the Mavic Pro is a very very solid contender and we wouldn’t put it off at all because ultimately, the most popular drone out there in the sky is still the challenger and of course the ability to go out and fly without a phone is a real big appeal on the Mavic Pro. Because, if you want to go out and fly line of sight it’s much easier to do it with all the data that you get on the LCD screen from the Mavic Pro remote than it is to do without that on the Mavic Air remote.

However, the Mavic Air has portable flight modes, hand gestures, obstacle avoidance and lower price, which are the criteria which gives out a clear winner. It is a great balance between size, performance and price. Great! Go buy them both! But if you want us to pick a clear winner we’ll do that and that’s going to be Mavic Air. The size, the best camera, the protection of the gimbal, the flight mode is just so many things to love about. We do love the Mavic Pro but ultimately it’s going to be up to you. Which one you pick depends on what you intend to do with it.

If you are not pric sensitive and are looking to buy the newest toy in town, then please check our review for Mavic 2 Pro.