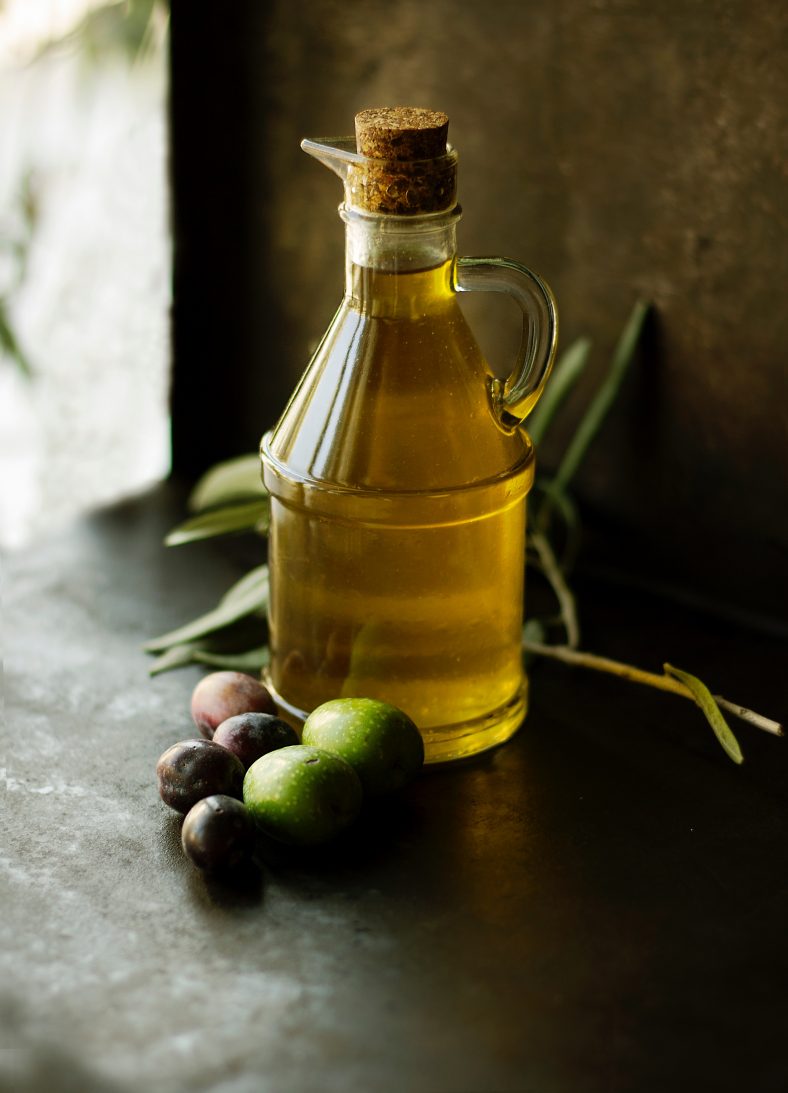 Olive oil is a preferred cooking oil that is said to have originated from the Mediterranean. It has long been thought that Greece was the first country to make use of this oil extracted from olives. The benefits of cooking with olive oil have been discussed at length for centuries. There are a series of benefits of cooking with this liquid gold. Hence, it is the preferred oil to
prepare your delicious meals. Here, we present you with reviews for the best olive oil for cooking.

Olive oil is made up of:

Oleic acid is known to reduce inflammation, and this monounsaturated fat is also heat resistant. Hence, extra virgin olive oil is a healthier choice for cooking oil as compared to other types of cooking oils. Olive oil is also rich in antioxidants, which has biological effects such as reducing the risk of chronic diseases, heart disease, strokes, diabetes, cancer, and Alzheimer’s.

We have prepared a list of the 10 best gourmet olive oils for cooking that may be ideal for you:

This extra virgin olive oil hails from two family estates – The ‘La Casa del Aqua’ and ‘Los Juncales’ in Villanueva de la Reina, Jaen, in the vibrant world of Spain. Both estates are at the foot of the Sierra Morena Mountain, where the olives grow in the perfect weather. Due to the climate and the dedication of these families, the trees grow in as little stress as possible. The ‘Reserva Familiar’ is the best representation of the best produced extra virgin olive oil.

The Oro Bailen Olive Oil comes in a beautiful 17-ounce bottle and is an award-winning gourmet olive oil. The olives, which were harvested in 2011, result in a complex olive oil. The oil boasts a balanced taste thanks to the characteristics of apple, green banana, almond, and grass. This helps give it a sweet taste initially before moving on to a peppery taste.

Keeping in line with Spanish olive oil brands for a few moments more, let’s introduce the Nunez De Prado Extra Virgin Olive Oil. This olive oil is made from the hand-picked olives in the region of Andalusian. This is an organic olive oil from the Nunez de Prado family, who have been making olive oil traditionally since 1795.

Also, it is rich with flavor due to the careful farming methods. They focus on quality and for that reason have a small operation ensuring they always produce only the best olive oil. It is packaged in a colorful one-liter tin.

We move across the pond for our next gourmet olive oil, to sunny California, USA. This extra virgin olive oil comes from Chacewater Winery and Olive Mill. The olives are handpicked and immediately taken to the Chacewater mill. The company takes utmost care so that focus is always on quality and flavor.

This olive oil is certified as ‘Extra Virgin Quality’ by COOC (California Olive Oil Council). It is sold in 375ml glass bottles, described as a somewhat soft California extra virgin olive oil. Harvested late in November 2017, it exudes a hint of nuts and freshly cut grass.

The next gourmet olive oil comes from the town of Chiaramonte Gulfi, which is located in Sicily Southern Italy. The Pianogrillo Extra Virgin Olive Oil is organically produced by Lorenzo Piccione using Tonda Iblea, a local variety. The olives are hand-picked individually in October from trees that are nearly thousands of years old.

The Papa Vince family makes extra virgin olive oil from their own orchards in Sicily, Italy. They are pressed only once and do not need to experience further manufacturing in terms of flavoring. It is 100% olive Juice and has hints of peppers, tomato and artichokes. Papa Vince olive oil tastes different every year.

A brave decision on the family’s part was to produce an olive oil that is low in acidity. It can also be quite costly for them as they currently only cold press fresh green olives which only produces roughly about 13-18% of oil. The family avoids using any harmful substances in their fields such as pesticides, insecticides, and herbicides. And maybe, this adds to the richness and flavor of the oil. It has a shelf life of four years before opening.

Apparently, in 1936, Papa Vince himself said that they relied on the fresh winds to continuously provide the orchards fruitfulness.

Going back to Spain, we found this award-winning organic extra virgin olive oil from Almazaras de la Subbetica, the Rincon De La Subbetica Organic Extra Virgin Olive Oil. It is a four-time international award-winning ‘world’s best olive oil’ in 2012, 2015, 2016, and 2017. It is currently the most awarded olive oil in Spain.

Interestingly, this organic olive oil is made of 100% organic olive juice and is sure to satisfy even the most demanding of palates. It is an intense olive oil with sensations of citrus, (and) herbs such as peppermint to thyme. Sweet at first taste with a bitter and spicy mid-section before finishing off smoothly. It is a complex but balanced olive oil.

Like most olive oil makers that have been running for decades. They have made use of the modern technology available whilst firmly applying traditions to achieve the best end results.

So you know that olive oil is good for your health. But how do you know whether you have bought the real deal? Watch this video to find out more.

Of all the gourmet olive oil brands we have mentioned we are yet to mention any from Greece itself. Well, say hello to Ellora Farm’s Single Estate Extra Virgin Greek Olive Oil. Ellora Farms is centuries old and located in the Mediterranean in the Aegean Sea between the Kolymvari beach and the Samaria Canyon.

Ellora’s oil is produced in limited quantities to ensure the highest quality, in Greece on the Crete island. They are made using olives that are referred to as ‘the queen of the olives’, the koroneiki olives. Instead of being cold pressed, the Ellora Farms olives are cold extracts. The olives use a process of gravity to remove the pit and flesh of the olive. Hence, the olive oil boasts hints of fruit and spice to its medium body and herb finish.

In addition, for true olive oil fanatics, you can trace the olives back to their place of origin. It provides a great deal of information regarding the harvest in which your olive oil is made from.

Coming fresh off a 2018 harvest, this stunning olive oil is a pure representation of the robust style of Italian olive oil makers. This is one of the best extra virgin olive oils on the market. It comes from Molise Italy, a land ravaged by earthquakes. Above all, it boasts a variety of cultivars in its final product; 60% Gentile di Larino, 28% Franloio, 10% Leccino, and finally 2% Moraiolo.

Tratturelo’s olive oil is produced in such a small quantity that the bottles are hand labelled. They are pressed almost immediately after being harvested. They use organic methods to grow their olives and pick them between October and November.

This brand of olive oil is rich in flavor thanks to the masterful blending of its multiple cultivars. Amazingly, the passion that these olive oil makers have is something that gives this product just that much more character and makes it stand out amongst its competitors.

Back in the US, we have Sacramento based olive oil producers – Bariani. Because they produce a variety of olive oil and balsamic products, one of which is the Bariani Extra Virgin Olive Oil. Using California cultivars; mission and Manzanillo, they have made a stunning organic olive oil. They have stated that every year their olive oil differs in taste ever so slightly due to the traditional methods which they use to harvest and extract the olives.

The Bariani olive oil is stone crushed, cold pressed, and unfiltered. This allows it to keep its raw qualities and to maximize the flavors of the Californian cultivars. It is packaged in 1-litre glass bottles. Like most olive oils on this list, it is produced in limited quantities.

This extra virgin olive oil, from Sicily, is another special olive oil due to it being a blend of three different olives – 30% Nocellara, 50% Biancolilla, and 20% Cerasuolo. Above all, all the olives are handpicked from the orchards in the western central hills of gorgeous Sicily. These olives are pressed within 24 hours of being picked. They are then continuously separated from natural decantation, centrifuge and decanting.

This olive oil shows off its good density with a warm green color and golden yellow reflection. It is as herbaceous as it is spicy as well as gives off a fruity, sweet taste and a lighter finish. Additionally, this stunning olive oil can be used to cook with or enjoyed in a variety of other ways.

The rich history of the farm is poured into every bottle of liquid gold. Enjoy the hard work of the people who are passionate about what they are doing. And, showing their family and their traditions in the olive oil they create.

There are other things to consider when buying your olive oil. So, you want the best possible one and we recommend buying ones that have been packaged as close to their harvest date as possible. This is due to the fact that olive oil is not something that needs to age. For instance, when it is ready to consume, it is ready full stop.

There you have it! Ten olive oil brands from all over the world. By knowing which one to choose depends more on you than the product from this point onwards. Find an olive oil that suits your specific needs. Ask yourself these questions that may determine your decision. Such as, where do you want it to come from, are you looking for organic olive oil, cold pressed olive oil, extra virgin olive oil. And, anything else that may directly affect your decision.